I copied a few parts about Full Disclosure from David Wilcock’s new post Just Say No to Partial Disclosure because in my view they are extremely important! Below you find ‘only a few’ paragraphs and it is still a long read.. Dutch translation is below the English text. 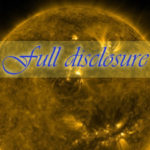 The most shocking intel to arrive in the last few months has been that the earth-based alliance is trending towards accepting a “Partial Disclosure” timeline. I do believe Corey (Corey Goode) is having genuine experiences with cosmic beings who determine our fate here on earth. His data corresponds with what many others have told me, and I have had countless intuitive validations as well. They told him in no uncertain terms that if we do not pull together as an “alternative community,” we will get the “Partial Disclosure” timeline.

HOW WILL IT START?

The partial disclosure timeline requires very large-scale events to happen very quickly. In order for this to occur, a certain sequence of catalysts are expected. We are expecting a relatively sudden, dramatic collapse of the Euro, the US dollar and the “too big to fail” mega-banks.

For a period of time, it may be that any money you have in the bank will be inaccessible and / or nearly worthless. It will be returned after the dust settles. Silver is currently around 15 dollars per ounce coin. This is due to Cabal price-fixing and manipulation. It costs 26 dollars to manufacture a silver ounce coin. Silver may go as high as 400, at least for a period of time, and insiders recommend it as your best bet to secure assets right now.

Gold is now 81 times more pricey than silver at the same weight, which is an all-time high in history. So silver is a much better buy than gold right now.

Some degree of rioting and violence is expected to occur when people lose their money — and this depends upon the overall level of public outrage. The negative groups are hoping for large-scale loss of life when this happens. It is very likely not going to turn out that way, but there probably will be some. 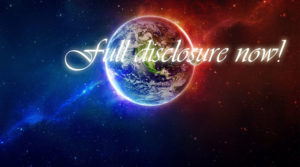 At some point we lose power and internet access, at least throughout America and possibly Europe, for up to 2-3 weeks. Most people are in a blackout. You do want to make sure you have whatever you need on hand to get through that much time with storable food, water, supplies and books to read. That being said, I highly recommend that you not panic. That creates exactly the type of energy that will anchor in the negative timeline. I have done what I need to do to prepare. It is possible that nothing may happen. I have already eaten through a previous round of storable food.

During the blackout there will be small-scale but intense military conflicts between opposing groups in many, if not most major American and European cities. Both sides of these skirmishes are already in position now and waiting for it to start. Multiple insiders have confirmed this.

Without going into too much detail, these battles will likely focus on areas where the Cabal and its assets are the most concentrated. Most of the targeted people inside will be brought out in handcuffs and arrested, not shot and killed, as this happens.

When the lights come back on, everything will have changed. The controlled media will be telling a completely different story. Even in the partial timeline, it will appear at first as if everything we have worked so hard to achieve on this site has actually happened.

Although nothing is solid, and plans are completely flexible and ready to change at a moment’s notice, here are the most likely outcomes in the aftermath:

The first and second episodes of the X-Files miniseries reboot were a veritable manifesto for the partial disclosure roll-out. The rest were relatively unrelated.

The Cabal groups are furious with Corey and me for interfering with this “partial disclosure” timeline. They would kill us if they could get it authorized.

They are already grooming whistleblowers who will come forward as the heroic cosmic astronauts of a new age. 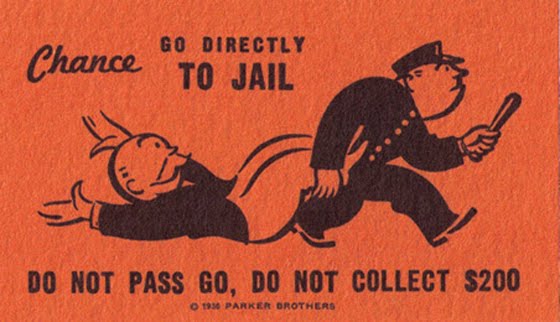 The bad guys go to jail, everyone gets a decent chunk of money, and we are all distracted by an incredible new story spurring endless internet flame wars. Meanwhile, “business as usual” continues, with the Cabal groups continuing to work behind the scenes for another 100 years of gradual roll-out.

GREATER ATTACKS THAN EVER BEFORE

Frankly, I do not see how it is even possible that they can get away with this, considering how much is already out there to know. In particular, their apparent plan to say there are no ETs here now — or at least none since Roswell — is completely outrageous. The simple fact that Cosmic Disclosure already exists as a show for anyone to watch should make it almost impossible for this plan to work.

Corey has been brought in and interrogated by these “lower level military” space program groups using methods that force him to tell the truth. They were shocked to realize that he was not lying about the things he said.

THEY HAVE NO IDEA

The “lower level secret space program” has absolutely no idea that the greater space program actually exists. They have been lied to for generations. This is the nature of compartmentalization. There was a plan in place for many years to eventually have these guys come forward in a partial disclosure.

Again, all of this may seem ridiculous to you right now. Just remember how you felt when you were reading all of this once you see these events actually appearing in the headlines.

Again… I wish I had enough time and enough stamina to document every single scrap of the voluminous proof that this is coming our way. This really is a “shadow World War III” between the Alliance countries, which are the vast majority, and the Cabal. The mega-article I am nearly finished with — after whatever negative greetings ensue — goes into a lot more detail.

The Powers that Were are counting on stories like this not being popular enough to make a difference once they do “The Revealing.”

THE ALTERNATIVE IS PRETTY SUCKY

Together, we can stop this mega-con-job from happening. And we must. The initial phases of it will very likely occur no matter what. The real key is in what happens after the lights come back on.

If we end up on the “partial disclosure” timeline, the “sphere beings” now visiting us will hold off the Ascension event for an “eon,” which could be 100 years or more.

The spheres they came in with are powerful enough to prevent this event from occurring until our mass collective free will authorizes it. This has absolutely shocked me. I take it very seriously.

If we get the full disclosure timeline, the most commonly viewed window for this mass consciousness / energetic shift has been 2017-2018.The science for it occurring around this timeframe is very solid. It has been the ongoing theme in much of my work, including The Source Field Investigations and The Synchronicity Key. The new book will go into the specifics of the “spontaneous ascension” model like never before.

YOU ARE DIRECTLY INVOLVED

You are not a passive participant watching this all take place from your chair. You are directly involved in whether we get full or partial disclosure.

Full disclosure will open up everything there is to know about the real space program, all the ETs that are out there and all the Star Trek-type tech we already have. Full disclosure will lead to a magnificent transformation of our culture into a Star Trek society in a matter of months, complete with stargate travel and materializers.

The level of technology, new information and cosmic contacts will be countless orders of magnitude greater than on the partial timeline. I do not believe we were told about the difference between the partial and full disclosure timelines if we were doomed to fail this test.

I think it is very likely that there are many ways we can win the full disclosure — and it really just takes each of us caring enough to do something about it.

Some people with lots of experience in this field have joined forces: Corey Goode, Laura Eisenhower and David Wilcock. And I am sure others will follow. Corey is busy with a website. It will be a hub for ideas for obtaining Full Disclosure, I reckon.

The website is here and the facebookpage here. Pleas join ASAP! It is time for ‘Unity in the Community’! 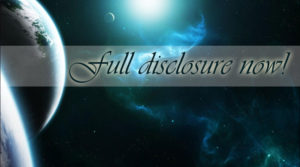 Het is tijd voor ‘Unity in the Community’!

This website uses cookies to improve your experience while you navigate through the website. Out of these cookies, the cookies that are categorized as necessary are stored on your browser as they are essential for the working of basic functionalities of the website. We also use third-party cookies that help us analyze and understand how you use this website. These cookies will be stored in your browser only with your consent. You also have the option to opt-out of these cookies. But opting out of some of these cookies may have an effect on your browsing experience.
Necessary Altijd ingeschakeld
Necessary cookies are absolutely essential for the website to function properly. This category only includes cookies that ensures basic functionalities and security features of the website. These cookies do not store any personal information.
Non-necessary
Any cookies that may not be particularly necessary for the website to function and is used specifically to collect user personal data via analytics, ads, other embedded contents are termed as non-necessary cookies. It is mandatory to procure user consent prior to running these cookies on your website.
OPSLAAN & ACCEPTEREN